The Half Moon Bay Coastside Chamber of Commerce & Visitors’ Bureau team is dedicated to providing Coastside businesses with tools and services that help them grow in economic stability. 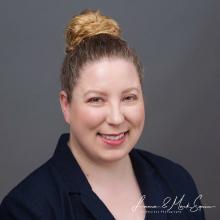 Krystlyn began her tenure as the President & CEO in September 2018. She has over 12 years of experience in business marketing, project development and management. Krystlyn spent the last 6 years honing and deploying her skills with the Carmel (CA) Chamber of Commerce and Visitor Center. While in Carmel, she accomplished many deep-seeded chamber projects including creation of all chamber marketing materials, working with the city’s Destination Marketing team on tourism, helping grow and operate the Visitor Center, helping develop programs and workshops to benefit businesses, leading committees, running large scale events, all while saving money on the budget.

Krystlyn is working through the Western Association of Chamber Executives (W.A.C.E.) Leadership Academy and was named a W.A.C.E. Emerging Leader in 2017. Between an unwavering passion to help local businesses succeed and an in-depth knowledge of tourism-based community dynamics, chamber work on the Half Moon Bay Coastside is the perfect fit. 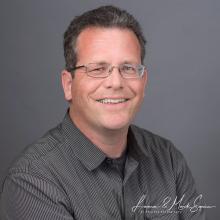 Joining the Chamber in April 2017, Erik is the Chamber's Director of Communications. His job is not only to manage the daily operations of the Chamber, including assisting Chamber members and visitors, but also to handle most communications matters.

Growing up on the Coastside, Erik has a great appreciation for the various outdoor activities that surround the area.  It's no surprise that you will often find him bike riding, spending time at the beach, or exploring one of the Coastside's many scenic spots.

Erik has a creative side as well that is expressed through his photography.  He enjoys capturing the natural beauty of the Coastside, whether along the Coastal Trail, in Pillar Point Harbor, or along the country roads of Pescadero.

Erik attended San Francisco State University where he earned his Bachelor's degree in Media.  This launched his career in broadcast media in downtown San Francisco for the past 12 years where he first worked in ad sales and then was promoted to Office Manager.

Now, Erik is excited to start a new chapter in his career, bringing his office management skills and personal knowledge of the Coastside to the Chamber and its visitors as well as helping to build connections with local businesses.

Joining the Chamber of Commerce in 2016, Heather manages the financial accountability for the Half Moon Bay Coastside Chamber of Commerce. Bringing 20 years of experience working business affairs and finance operations in the commercial and feature film industries in New York, London, Los Angeles, and San Francisco, making the decision to keep life local keeps her happy.

Heather is an active volunteer in the South Coast and serves on the advisory board in her community.

The Chamber also employs part time staff members that open the office to assist visitors on Saturdays and Sundays.

The Chamber office is closed in observance of the following holidays: 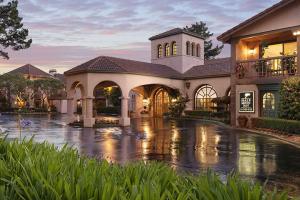