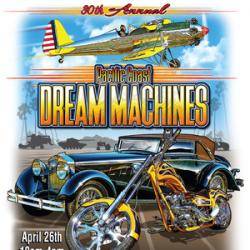 The spectacular 30th annual show will be held on Sunday April 26, 2020, a one-day mega-show, from 10 a.m. to 4 p.m. at Half Moon Bay Airport, located in the picturesque seaside town of Half Moon Bay, CA about 20 miles south of San Francisco.

There's nothing quite like this whimsical, fascinating, amusing, curious and absolutely unique show and tell spectacle featuring 2,000 magnificent driving, flying and working machines from the 20th and 21st centuries. The world's coolest cars of every era and style, model-T fire engines, vintage busses, custom motorcycles, tricked out trucks, sleek streamliners, one-of-a-kind antique engines and tractors and historic military aircraft will be among the mesmerizing displays.

The Dream Machine of the Year Award presented by the Car Guy Channel and Mike & Susan Hennessy returns with expert judges on hand to select a winner from the thousands of magnificent machines on display. A special trophy will be awarded at a recognition ceremony during the show (3pm at the music stage).

Half Moon Bay Airport, at 9850 N. Cabrillo Highway, is located on Highway 1, about 20 miles south of San Francisco and 5 miles north of Highway 92.

Where:
Half Moon Bay Airport
9850 N. Cabrillo Highway
Half Moon Bay, CA
When:
10:00 AM — 4:00 PM
https://dreammachines.miramarevents.com/
Add Your Event
Submitted events are moderated and subject to editing before being published. Most events are approved within one business day. 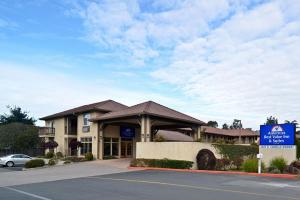