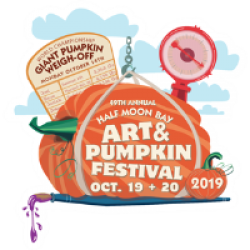 The Safeway World Championship Pumpkin Weigh-Off is offering a special $30,000 mega-prize for the world record breaking pumpkin at the prestigious Half Moon Bay event. To receive the $30,000 mega-prize, the grower must break and hold the world record at the conclusion of the Half Moon Bay weigh-off. If two or more growers happen to break the world record at Half Moon Bay, the prize money would go to the grower of the heaviest pumpkin. The current world record pumpkin is 2,624 pounds set on October 9, 2016 by Mathias Willemijns of Belgium at the Giant Pumpkin European Championship in Ludwigsburg, Germany. Here's how the $30,000 breaks down: the winner receives $7 per pound plus a $10,000 bonus mega prize for a new world record plus the difference to get to $30,000. So, a 2,000-pound pumpkin would net $14,000 (2,000 pounds x $7 per pound), plus $10,000 for a new world record, plus an additional $6,000 difference to get to the $30,000 threshold.

Where:
IDES Grounds
735 Main Street
Half Moon Bay, CA
When:
7:00 AM — 12:00 PM
https://weighoff.miramarevents.com/about-the-event.html
Add Your Event
Submitted events are moderated and subject to editing before being published. Most events are approved within one business day. 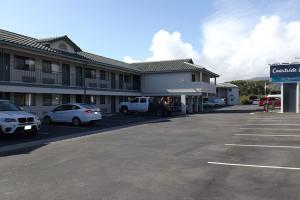